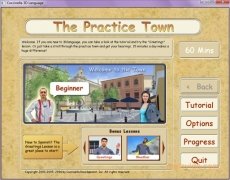 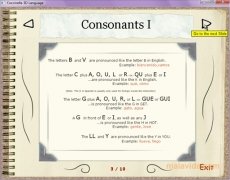 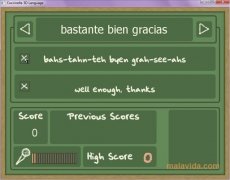 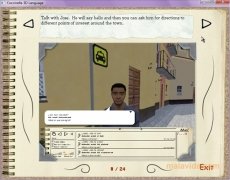 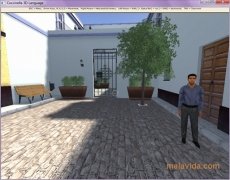 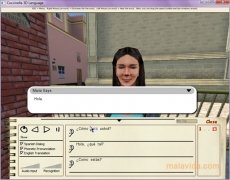 For all those people that want to learn Spanish without having to attend a school or academy, and at the same time don't want to use boring textbooks, this application will come in very handy. We are talking about 3D Language Spain, an entertaining program to learn and practice Spanish.

The best way to learn Spanish from your PC

3D Language Spain is aimed at all those people that are starting to learn the language. The application is divided into four parts: a section with the instructions, in which we will find the basic rules about the Spanish language. This is the most theory-based section. In the second part called classroom, we can practice the rules we have learnt. We will have to use the microphone to pronounce the words that we are asked, to score points. In the third part we will have to practice the language by means of dialogs. We will move along a 3D environment in which we will find people walking in the street, and we will be able to speak to them. The fourth section, is a kind of exam or test. The same people that we encountered in section three will put our knowledge to the test.

3D Language Spain also offers the possibility to see the evolution of our learning process. In other words, an entertaining and pleasant way to learn Spanish.

Antony Peel
Coccinella Development
Over a year ago
More than a year ago
96.4 MB

Learn how to conjugate Spanish verbs