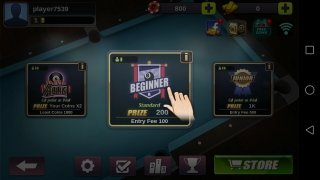 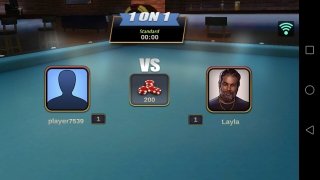 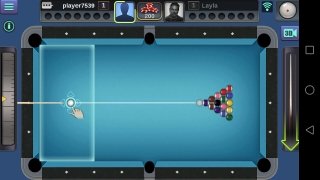 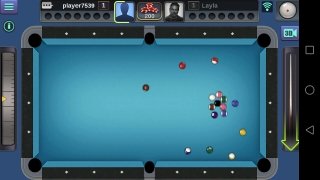 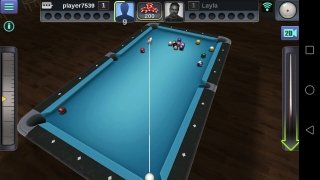 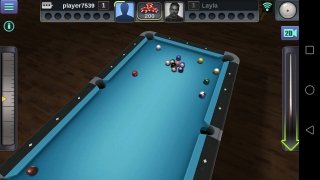 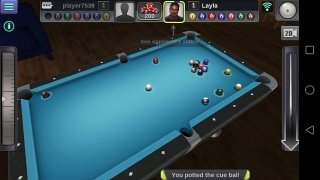 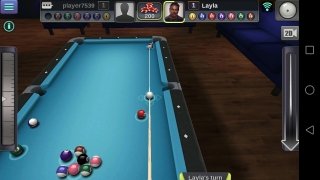 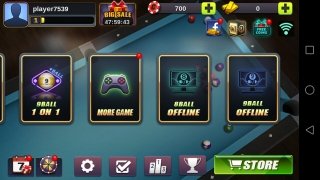 Pool is probably the most popular games room game in the world, together with darts and table football. It doesn't matter if you're American, British, Spanish or French, you could spend hours on end watching other people play (we've all seen snooker tournaments on Eurosport).

The fact is that it's a sport that's extremely adaptable to digital entertainment. There are all sorts of versions for PC (Windows and Linux), Mac, iPhone, video consoles, in web format as minigames and, of course, Android smartphones and tablets. A great example can be found in 3D Pool Ball, an excellent simulator that, as you can gather from its name, offers us great 3D graphics, as well as the possibility to play online multiplayer games.

Whether you prefer American or Australian pool, you'll love this game.

We're really not going to find anything different from what we've seen in previous pool games for computers, mobiles or whatever device you've got. In other words, the typical game played on a table in which you've got to calculate the direction of the cue to hit the ball and control the strength of your stroke, and with the typical aid that anticipates the direction of the shot so that you can see whether you'll be able to pot it or snooker your rival.

But just because it doesn't offer us anything new doesn't mean that it's not a great game. And that's the case of this title that comes along with great graphics and a fluid functioning that allows us to play games without getting distracted with other elements. These are the main features and functions that you'll be able to enjoy once you download its APK for free:

With this pocket-sized pool game, you'll feel as if you were down the pub playing a game with your mates, although you'll probably miss having a pint in your hand.

Challenge pool players from all over the world

Passion for billiards in your pocket