Adobe Premiere Pro CC 2017 is the most powerful piece of software to edit digital video on your PC. Its features have made it a standard among professionals 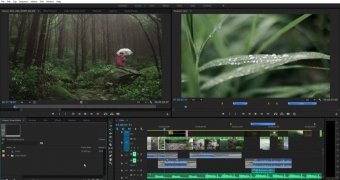 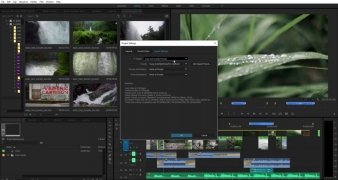 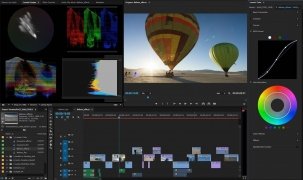 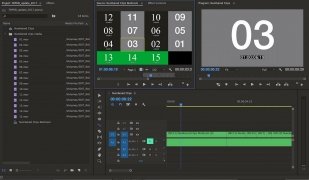 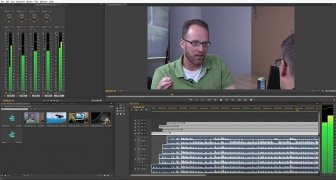 Ever since Adobe Systems was founded in 1982 in the middle of Silicon Valley, the company has stood out in the world of software due to its applications focused on editing documents, web pages, videos, and digital images. Among its wide range of products, we have to point out Photoshop, Acrobat or Dreamweaver, and obviously its video editing program Adobe Premiere. We're talking about a piece of software that's almost a standard and the favorite program among video editing professionals from all over the world, together with its alternatives: Avid Media Composer and Final Cut.

The fastest and most efficient video editor

At this stage, you should already know that Adobe Premiere is the company's real-time video editing program. It comes along will all the tools necessary to record video and carry out its post-editing, allowing us to create movies with professional finishes that you can later record on optical discs or share with your contacts on the Internet.

Its advanced functions are the next step in the evolution of those inherited from previous versions, such as Pro CS6 or CC 2015, that have turned this program into a real reference when it comes to computer-aided video editing.

Its reputation has led to become the official editing software of the Sundance Festival or to be used in The Simpsons or Deadpool, among many others.

Every new version of Premiere comes along with improvements and new features that make this video editing program even better. This latest version offers us some really good updates: apart from being able to use it in more languages, we can find new functions such as a greater integration into collaborative projects thanks to Adobe Team Projects built into Adobe's different video apps. Nowadays, this feature is almost a must, especially when our working environments force us to work collaboratively with other people thanks to the development of communication technologies.

Just like any other tool designed to be used in professional environments, these editors can be somewhat complicated for users that don't have too much experience in video editing techniques. Getting to know how the work in depth requires plenty of time and dedication because professionals usually choose them according to how they can adapt them to their work.

However, in the case of Premiere, it offers us a series of important reasons to become the chosen one, such as integration with the rest of tools of the brand, customizable editing tools, support for 4K and RAW formats, and its compatibility with projects carried out with Media Composer and Final Cut Pro 7 and Pro X. Furthermore, it also comes along with guides to migrate from these programs.

You can't meet the system requirements

If you try to install the trial version of the program, you might come across the previous message. The problem is that the installation has detected that some of the requirements necessary to run the program aren't being met. To run this software you basically need a multicore processor compatible with 64-bit apps, the 64-bit version of Windows 7 Service Pack 1 or above, 8 GB of RAM (16 GB is the most recommendable option), a 1,280x800 screen, and a sound card compatible with the ASIO protocol or Microsoft Windows Driver Model. We're talking about requirements that can be currently met, but that might not be enough if you want to make this software run fluidly and quickly.

Now that you know, it's definitely the best video editor that won't disappoint you. Furthermore, thanks to its large user community, you won't find it hard to search for tutorials and guides with tricks and tips that are even easier than the official handbooks.

Adobe Premiere Pro Mac CC 2020
Other languages
We use our own and third-party cookies for advertising, session, analytic, and social network purposes. Any action other than blocking them or the express request of the service associated to the cookie in question, involves providing your consent to their use. Check our Privacy Policy.