The favorite game for many Google Chrome users is now available for Windows. Play Agar.io straight on your desktop and have fun. Grow and flee non-stop 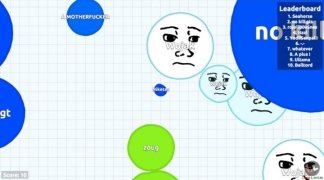 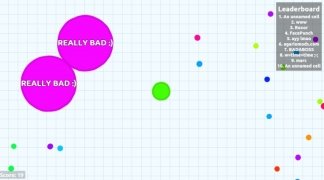 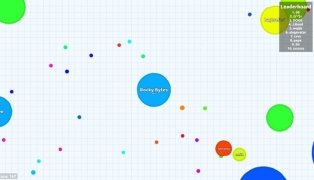 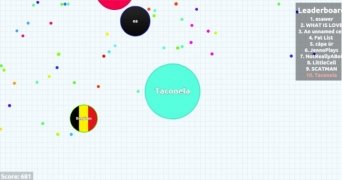 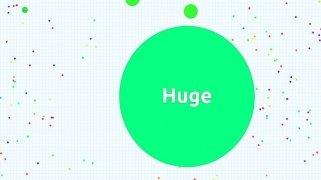 The game of the year on the Internet now has its Windows version. It's a rather simple game that has drawn the attention of millions of gamers: Agar.io.

Become the biggest of them all

The scenario is a white grid on which different sized color blobs move around. Each blob is an online player that has to grow by eating other blobs. To manage to survive, the idea is quite simple: eat the small ones and flee from the big ones.

Small and fast, big and slow.

As in all casual games, the graphics aren't as important as the game's capacity to keep us entertained and the different strategy possibilities that each player can adopt. In this case, the player has to make the most of his speed when small, stay close to the green viruses to survive and, once bigger, know where to position himself to be able to grow as now he'll be slower than before.

Create alliances to increase your score.

Furthermore, you can make alliances and even play Agar.io with your friends to have an even better experience. To finish off, a piece of advice: if it's the first time you're playing and you can't stop being eaten up, don't give up. The gamer community has loads of experience, but you'll catch up with them quickly.

Agar.io iPhone 2.8.0
Other languages
We use our own and third-party cookies for advertising, session, analytic, and social network purposes. Any action other than blocking them or the express request of the service associated to the cookie in question, involves providing your consent to their use. Check our Privacy Policy.