Alien Blaster will place you in control of a fighter in its fights against waves of alien ships. Download Alien Blaster and enjoy yourself eliminating ships 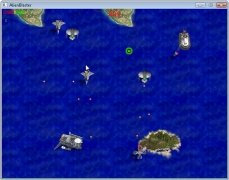 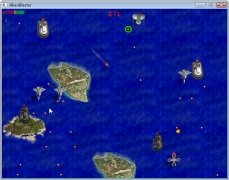 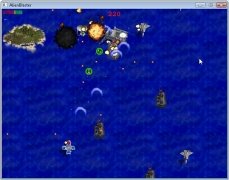 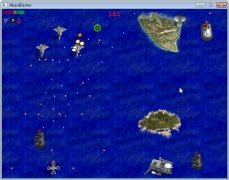 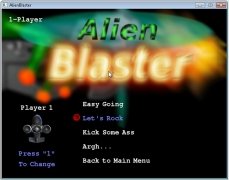 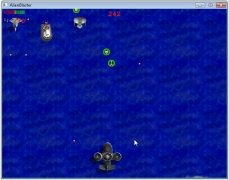 When you speak about classic video games, one of the genres that comes to mind most is the Shoot 'em up games, that consisted in piloting a spaceship throughout various levels eliminating as many enemy spaceships as possible. An that is the basic idea behind Alien Blaster.

We have to admit that the genre that Alien Blaster belongs to doesn't require the latest graphics to be able to play, they are only games that need to provide a large amount of action to the game. In general reaching such a point that once the game is finished the player will start playing once again to try to overcome their prior accomplishments.

One of the noteworthy things about Alien Blaster is the possibility to choose the type of spaceship that will be used, choosing between a very light fighter with more maneuverability and a heavy fighter with much more resistance. Each one of these spaceships requires different tactics to be able to win

On the other hand, Alien Blaster will allow the possibility for two players to play on the same computer, offering hours of entertainment with friends.

Download Alien Blaster and make sure that no alien is left alive.

Scott McLure
Hormann, Kuhn, Gratwohl & Schwardt
Over a year ago
This year
5.8 MB