AlienGUIse will allow you to modify your computer to have the appearance of the powerful Alienware PCs. Download AlienGUIse free, a brilliant visual pack 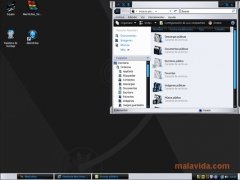 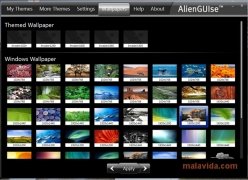 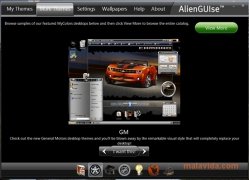 Alienware computers are well-known for being powerful systems. To such an extent that anyone would like to have one to be able to enjoy at the utmost level of their favourite game or edit video in the same way that any professional editor would, thanks to the processors and graphics cards that they include.

Futuristic looking themes for your PC

But if like the great majority you don't have the option of buying one of these incredible computers, you will at least be able to imitate its appearance with AlienGUIse, a pack of visual improvements for Windows, that has a full collection of icons, new types of windows, a new start menu, and wallpaper to replace Windows' default graphical interface.

Installing and activating the themes is very simple, allowing you to go back to the original Windows appearance with just a few clicks.

If you want to give your desktop elements a futuristic appearance with the general resemblance of the Alienware computers, download AlienGUIse right now.