Android 9 P is version 9.0 of the operating system that comes along with an improved notifications management and indoor positioning amongst others 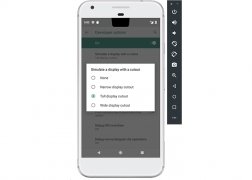 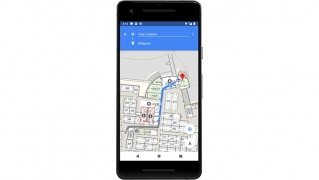 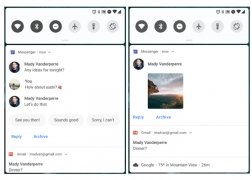 The substitute of Android Oreo is taking its first steps. We're talking about Android 9 P, although we still don't know what sweet may be hiding behind that letter. In any case, the important thing about version 9.0 of the mobile operating system is that the developer's preview is already available to be downloaded. However, only for a very short list of devices.

What are the main features of Android P?

The replacement of Android 8.0, which must be installed manually according to Google's own words, is aimed at improving some of the basic aspects of the operating system, such as the management of notifications, the number of processes running in the background that usually hinder our device's performance and consume battery, the methods used to encode certain files or the auto-complete system. All the latter intend to make this operating system more usable and lighter, as well as more optimized for the future smartphones.

Android P, version 9 of Android is getting closer and closer.

These are the main new features we can find in Android P:

For the time being, this developer's preview is only available for Google Pixel so we'll have to be patient before arriving on other devices.

And finally, we have to talk about that mysterious P, one of the most entertaining elements for all media outlets trying to discuss the official name of Android 9.0: Petit Four, Poundcake, Pastille, Pancake, Profiterole... What's your guess?

Sync your phone's apps and functions with Google's ecosystem

The SDK that offers support for augmented reality

Android SDK Mac 24.4.1
Other languages
We use our own and third-party cookies for advertising, session, analytic, and social network purposes. Any action other than blocking them or the express request of the service associated to the cookie in question, involves providing your consent to their use. Check our Privacy Policy.