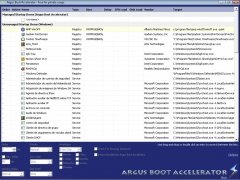 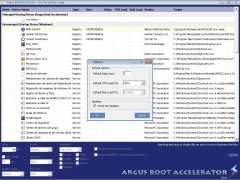 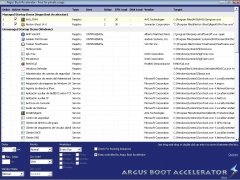 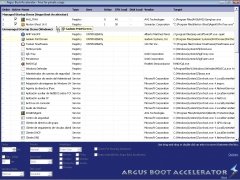 Some of the programs installed on our computer need to be launched at the same time as the operating system, something that can cause performance to suffer, making it take longer to start working, even though many of these programs don't need to be launched immediately and could wait for a few seconds. And to be able to handle this you can use Argus Boot Accelerator.

Accelerate the booting process of your operating system

By using Argus Boot Accelerator the user will be able to establish the delay with which the applications of his choice will be loaded when the operating system boots up, in such a way that it will be possible to give priority to, for example, the antivirus while the application designated for screen captures will be loaded last of all.

When it comes to defining each of the programs, Argus Boot Accelerator provides the user with a selection of options, where it is possible to find the most common:

And other stranger yet equally useful tools:

Thanks to all these options, downloading Argus Boot Accelerator for free is one of the best options available to manage the operating system booting process.

Antony Peel
Argotronic UG
Over a year ago
More than a year ago
1.8 MB

Manage to make your computer boot as fast as possible

Control what application run together with the system

Reduce the time that Windows takes to boot