ARO is an application to locate and solve all the Windows Registry errors on a computer. Download ARO and optimize your computer's operating system 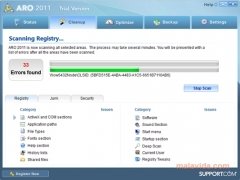 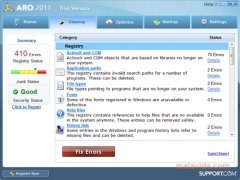 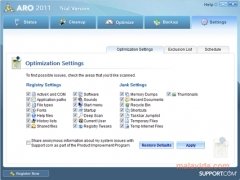 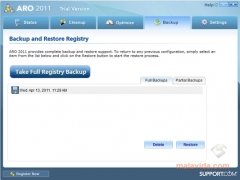 ARO is a tool with which you'll be able to locate and solve all the errors and problems of the Windows Registry. On many occasions, we notice that a computer is working slower than it should. This can be due to the fact that you are storing a large number of useless files, and the registry needs to be cleaned up. To do so you'll have to use a program like ARO 2013.

Optimize the performance of your PC

In the first place, ARO will perform a complete analysis system to check the status of the computer and locate all the errors. Once everything has been completed, ARO will show a list of all the errors it encounters. After that, you will only have to ask ARO to solve all the problems, and in a second you'll have your computer like new.

ARO also has other tools that improve the performance of your computer. You'll be able to perform registry defragmentation, an operation that should be performed every certain amount of time. You can also create registry backups to avoid possible problems. ARO also includes the possibility to program system analyses to forget about this problem.