Convert you videos to different formats once you download AZ MPEG Video Converter, a video converter with an appealing interface and considerable speed 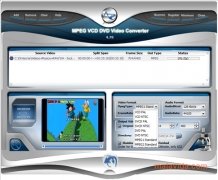 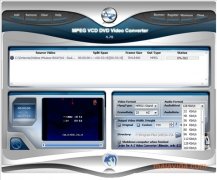 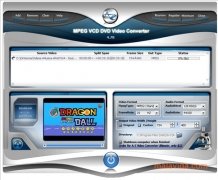 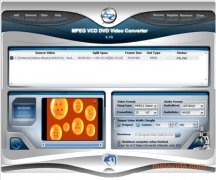 There are probably more video converter applications than there are video formats (and there are a lot of formats), and each one of them needs something special to convince users. AZ MPEG Video Converter is a software that will try to convince you by a very elaborate interface and a considerable conversion speed.

Convert your videos to MPEG

Like the majority of other converters, AZ MPEG Video Converter has a really well-designed interface, in which it is possible to preview the video in a very simple way, and that once the videos are loaded will show a list of the videos awaiting conversion. To start with the task it is only necessary to select a video and adjust the options, being able to convert any video file to VCD, SVCD, DVD, Mpeg 1 and Mpeg 2, all of them in either PAL or NTSC.

And of course, the audio conversion can also be modified, allowing to choose the bitrate and the audio rate, two very simple options, even though at the same time really important when it comes to viewing videos and listening to their contents.

Scott McLure
AZ Software Inc.
Over a year ago
More than a year ago
7.9 MB