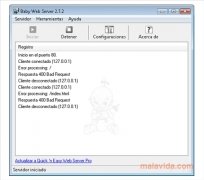 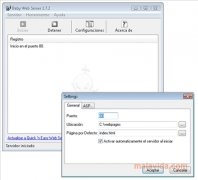 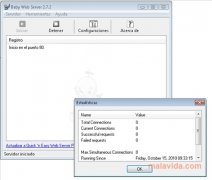 Baby Web Server is a small web server, that is very simple and easy to use. Just as its name indicates. That doesn't mean that the project is still in its infancy, it's just that it can't be compared to other programs like Apache, for example. Nevertheless, to mount a small website at home taking into account ASP technology as a basis, the truth is that Baby Web Server fulfills its purpose perfectly.

In fact, when you download Baby Web Server for free you won't even have to install it. You'll only have to launch the application, that is already completely configured, and you'll have a server working on your computer.

Despite already including a default configuration, you'll also be able to access it and change it if you wish, because the settings are just the basic ones and they will be very easy to understand for anyone with a minimum of Internet and computing knowledge.