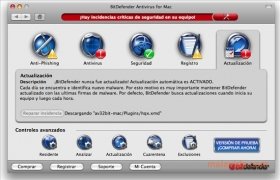 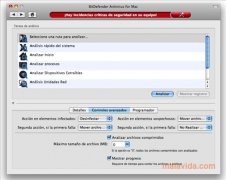 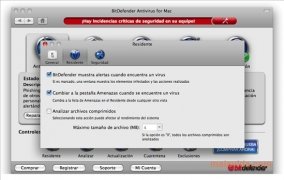 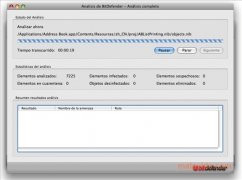 The majority of users think that Mac is a synonym of absolute security in what regards to malicious attacks, but this couldn't be further from the truth. Each day there are more threats the main objective of which is to attack Apple's platform, and you may become a victim if you don't have the appropriate protection, like that offered by BitDefender Antivirus.

If you have a Mac, you had better not believe that you are immune to attacks. Download BitDefender Antivirus and protect yourself against the attacks that your computer may suffer.

Antony Peel
8/10
BitDefender LLC.
Over a year ago
More than a year ago
16 MB

BitDefender Antivirus PC Plus 2019
Other languages
We use our own and third-party cookies for advertising, session, analytic, and social network purposes. Any action other than blocking them or the express request of the service associated to the cookie in question, involves providing your consent to their use. Check our Privacy Policy.