Download Bolt Wallpaper right now free of charge and decorate your Windows desktop with a promotional image of Bolt, the animated movie by Walt Disney 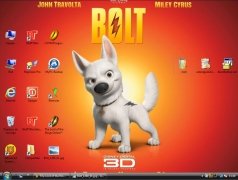 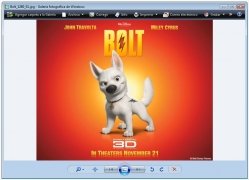 Bolt is an animated movie that arrived in cinemas in 2008 thanks to Walt Disney Animation Studios, that featured a dog called Bolt and his owner Penny, as the main characters of a TV show. If you are a fan of this film, you can now decorate your workspace with Bolt Wallpaper.

Back to the dog world

After escaping from the movie set to rescue his owner who he mistakenly thinks has been kidnapped by a villain, Bolt falls into a box and is sent to New York. Once there, he starts a long voyage home back to Hollywood, to reunite with his owner and return to his role on the TV screen, not without finding out together with his travel mates his crude reality: his superpowers are only a television fairy tale.

Bolt's powers now on your PC

If you liked the movie and you want to have Bolt always on your PC screen, you can now download Bolt Wallpaper free of charge. Decorate your Windows desktop with this striking promotional image of Bolt.