WhatsApp Share Tweet Send
Siege mode is one of the funniest modes in Brawl Stars, and also, one that makes you to think faster. Let's see it bellow 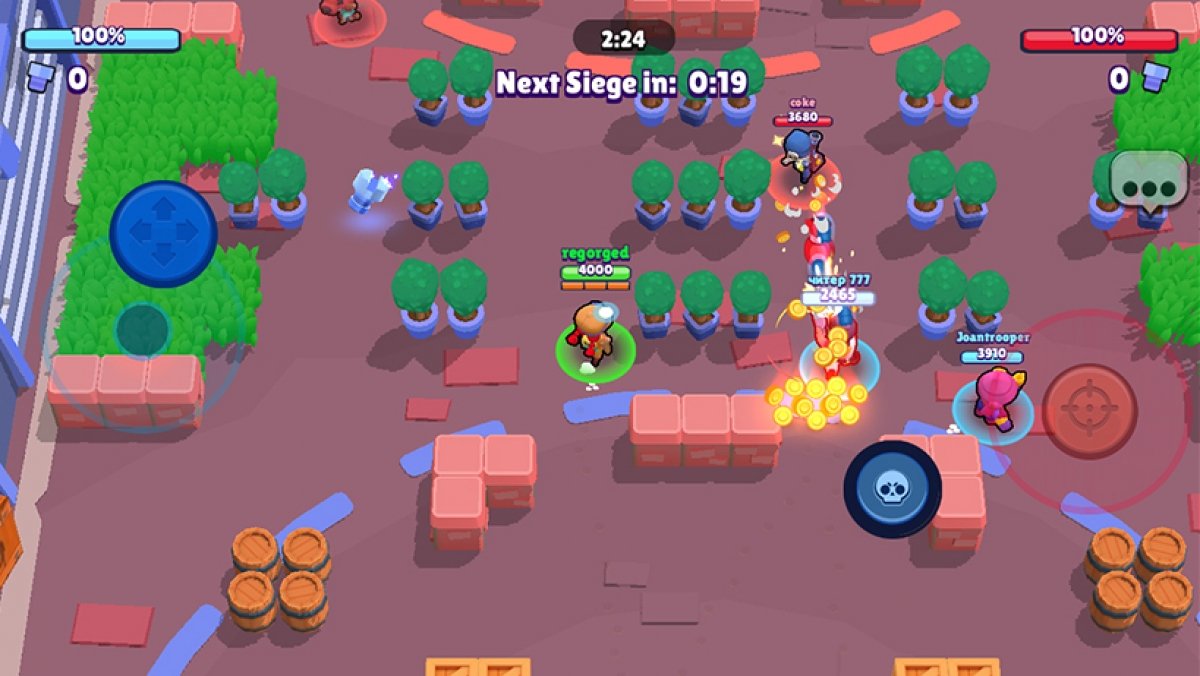 Siege mode is, along with Heist, the mode that brings Brawl Stars closest to the objectives of a MOBA or tower defense game. There is a turret at each end of the arena that the players of each team will try to destroy while defending their own.

This turret is something special. As well as being the target to be destroyed and defended, it works like a factory that releases siege robots on the map from time to time. How strong or weak these robots will depend on the number of screws you have delivered to the machine. These screws appear on the map, and you can identify when they will come out thanks to a bright grey area appearing on the ground.

Once the robot is free, it will go straight for the enemy turret while trying to destroy everything that gets in its way. Now, for this to happen, you will have to pick up more screws than your opponent. If you are tied, you will have to wait until the next wave.

The best brawlers for siege mode