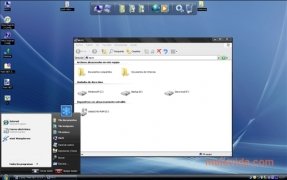 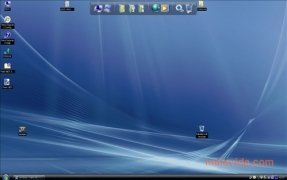 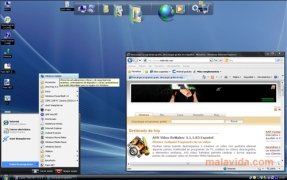 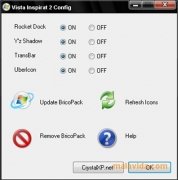 Although with the launch of Windows XP, the interface of the Microsoft operating systems improved quite a lot, it wasn't until Windows Vista when it really started to be redesigned. With many improvements and effects that even though they needed more powerful computers, could actually be worth the while. Now, with Brico Pack Vista Inspirat we can easily have the vast majority of these features and designs on Windows XP.

In reality, Brico Pack Vista Inspirat are various applications that modify many aspects of the operating system, Ubericon installs an icon pack that is a lot more varied and colorful inspired on Windows Vista, Y'Z Shadow allows the windows to be transparent, just as they are in the new operating system. RocketDock allows you to include a toolbar and several options on the desktop and the taskbar, and TransBar generates a really useful taskbar.

All these and some more features, allow the Windows XP on which you install the application to easily transform into Windows Vista.

Antony Peel
CrystalXP.net
Over a year ago
More than a year ago
27.6 MB

A useful toolbar to be placed on your desktop

The best dock for Windows

A very original dock to access all your files and applications

Enjoy the comfort of the Mac dock on Windows