Chicken Little is a video game based on the original Disney film. Download Chicken Little and control the chicken that stars in this addictive platform game 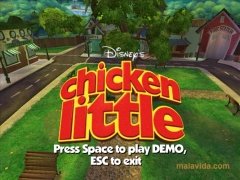 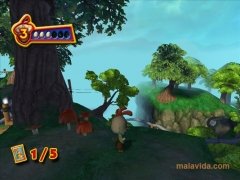 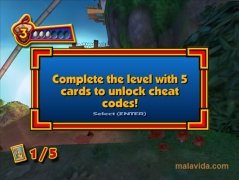 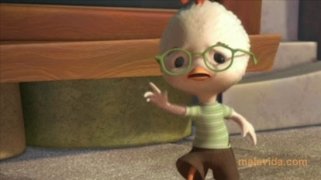 Chicken Little is another of the titles launched by Disney that has been transformed into a video game. This time around the little chicken that dazzled theaters worldwide in 2005 has to find his way through an entertaining platform game.

The game stands out due to its eye-catching graphics and for being a platform game with rather simple controls in which you'll be able to move around the scenario, jump and attack. With these simple controls, Chicken Little will allow us to move all around Oakey Oaks in search of acorns and adventure. The more acorns you gather, the higher the score you will obtain.

Another Disney hit in PC format

The game recreates the designs and locations from the film faithfully, so if your children enjoyed the film, this game will allow them to visit everything about it once again, and they will surely love it.

The simplicity of the game mechanics and the eye-catching scenarios make Chicken Little a game that is highly recommendable to keep children entertained for hours on end with characters that they already know and like.

The game received great ratings when it was launched, to such an extent that a sequel game was made, something that isn't very common for this kind of development.