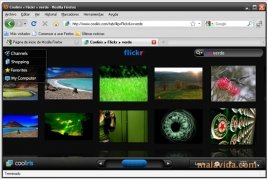 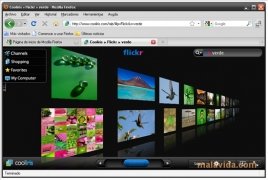 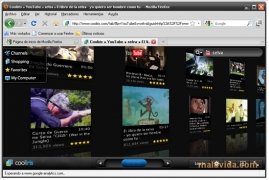 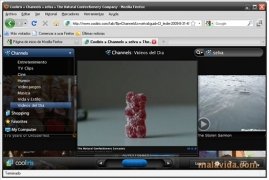 If you sometimes get bored of the 2D interfaces of the majority of the webs, you'll probably like to install Cooliris Firefox, the Firefox extension to create a 3D environment to view the images, videos and multimedia files of the best-known webs.

For the time being, it can load images and videos from more than 50 sites, including YouTube, Hulu, Google Images, Flickr, Picasa, Yahoo! and even the files that you have on your hard drive can be viewed with a well-tailored 3D view. To do so, we can activate the plug-in when we visit supported sites, or we can browse directly from it.

With a brilliant 3D design, we'll be able to see how the images and videos that we're searching through move away or get nearer, and later go on to fullscreen when we are viewing them.

It's also compatible with Facebook, Myspace and Friendster, the most widespread social networks, as well as being able to see small jewels from the Discovery tab, where different contents will be loaded, like making-of, videoclips or documentaries.

Antony Peel
Cooliris, Inc.
Over a year ago
More than a year ago
2.9 MB

Cooliris Android 2.9
Other languages
We use our own and third-party cookies for advertising, session, analytic, and social network purposes. Any action other than blocking them or the express request of the service associated to the cookie in question, involves providing your consent to their use. Check our Privacy Policy.