Similarly to the famous Counter-Strike shooter for Android, Counter Terrorist 2-Gun Strike offers us an action game full of shots but without an online mode 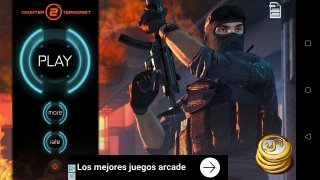 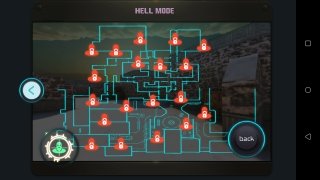 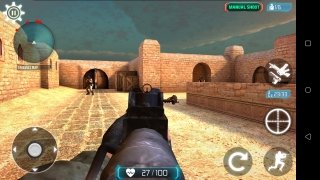 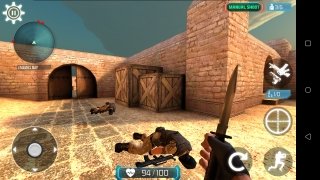 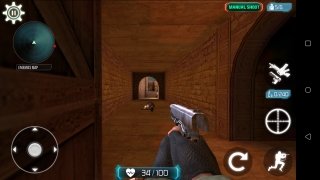 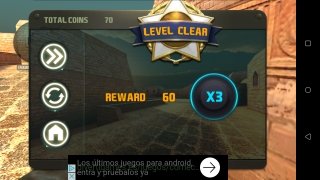 Even if you're not into shooting games, you've got to admit that wiping out virtual terrorists does fill you with satisfaction. Counter Terrorist 2-Gun Strike is a first-person killing game similar to Counter-Strike but in which you'll play solo against the machine's AI.

To start off, you'll have to choose the difficulty:

Then you'll have to choose the scenario amongst all the possible settings, unlocking even more as you advance. On each scenario, there are dozens of different levels to be completed to be able to get onto the next one.

How it works is very simple: you'll have to move around the settings with the joystick that appears on your screen and turn around by tapping the screen. Once you find your enemies, just aim and the game system will take care of shooting them until they're dead. There's also a button to jump, another one to activate the telescopic sight and yet one more to reload the weapon you're using. Enemies that are still alive will appear on the radar on the upper left side of the screen, and you'll have to hunt them down to be successful.

Counter Terrorsit 2 combines the greatest ideas of our fans and development team.

Loads of weapons to choose from

We'll start off with an assault rifle, a gun, and a knife (for whenever you run out of ammo). However, as we advance through the game and earn more money, we can purchase more weapons, some of which are really cool. Although the worst one is definitely the MP5 Pro sub-machine game with the American flag. Anyway...