If you're looking for a Counter Strike for iPhone or iPad, you can settle for this Critical Ops, an online multiplayer urban anti-terrorist warfare shooter 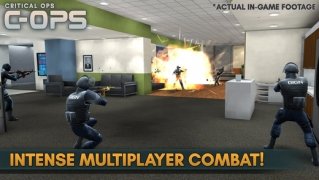 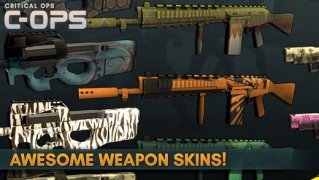 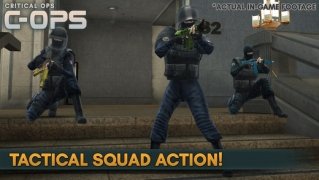 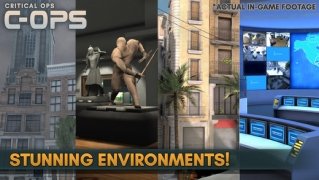 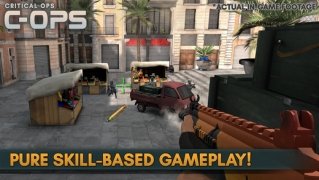 After becoming a hit on Facebook, and therefore, a game playable on Windows PC and Linux, as well as macOS, we can now play the mobile version of C-Ops for both iOS and Android. This FPS game follows suit to other classics of the multiplayer genre and reminds us particularly of the legendary Counter Strike that doesn't have an official version for iPhone or an Android APK, although we can make the most of these well-made clones.

Although in Critical Ops the main role to be played is that of a member of a special-operations anti-terrorism group (usually the good guys), you can also play on the other side, as a bad-ass terrorist. It's a first-person 3D shooter in which we'll explore a city the streets of which will certainly remind us of Barcelona (underground stations, flags, decorations...) as well the inside of buildings.

If you're into multiplayer shooters of the likes of CS, here's a game you can't miss out on.

We'll be part of a commando that has to face up against its enemy in online multiplayer collaborative mode or solo.

It's a game that brings back the basics of this kind of title: loads of action, plenty of shots, a wide range of weapons to choose from and new maps with each update.

Critical Ops Android 1.27.0.f1575
Other languages
We use our own and third-party cookies for advertising, session, analytic, and social network purposes. Any action other than blocking them or the express request of the service associated to the cookie in question, involves providing your consent to their use. Check our Privacy Policy.