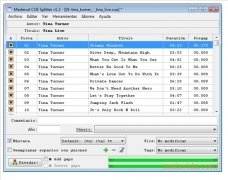 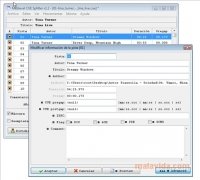 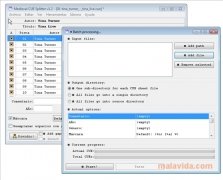 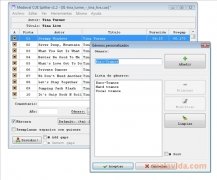 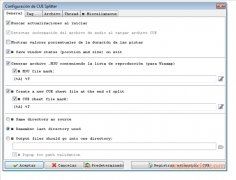 It can happen that when we download some music albums from the Internet, we find that the album has been ripped into a single track that it is accompanied by a CUE file. This kind of file includes the information necessary to separate each song into individual tracks during the burning process.

CUE Splitter is a tool that will allow us to separate the songs from an MP3 file that contains an album by extracting the information that is necessary from the CUE file and maintaining the metadata of each separate track.

The program has a very simple interface, similar to that of the audio converters, with the single difference that in this case instead of changing the files format, we simply split it into different parts.

The application offers compatibility with the MP3, APE, FLAC, OGG, WAV and WMA formats. What's more, it is a very useful tool for those users that usually download their favorite DJs sessions or cinema scores, that even though they can be found divided into separate tracks, they are usually found in a single track, because the audio is interlinked.

Scott McLure
Medieval Software
Over a year ago
More than a year ago
1.2 MB