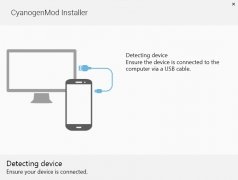 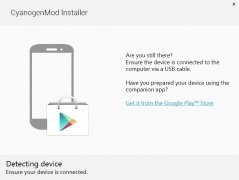 CyanogenMod is the most popular ROM for Android. Until now, many users were having problems with how difficult it was to install, but thanks to CyanogenMod Installer this process has been simplified greatly.

CyanogenMod Installer simplifies the installation of ROMs on Android phones, which is a rather usual option in the case of open source operating systems. How it works is quite simple, once you have the application on your phone you'll only have to follow the on-screen instructions, and forget about roots and other complex operations.

Installing a ROM doesn't necessarily have to be a difficult task.

ROMs are essential for the development of Android

The installation of ROMs helps you to get hold of operating system updates that improve the phone's performance. Whether by means of official ROMs or thanks to those created by individual developers that have modified the code to add or remove features. That's why ROMs are key elements in the development of open source operating systems such as Android.

Make it easier to install ROMs on your handset thanks to CyanogenMod Installer.

Antony Peel
CyanogenMod, LLC.
Over a year ago
More than a year ago
2 MB

Your own Android on Chrome

CyanogenMod Installer Android 1.0.1.4
Other languages
We use our own and third-party cookies for advertising, session, analytic, and social network purposes. Any action other than blocking them or the express request of the service associated to the cookie in question, involves providing your consent to their use. Check our Privacy Policy.