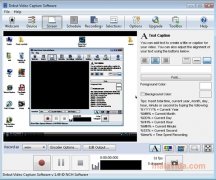 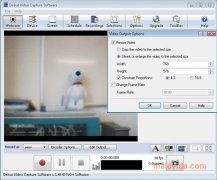 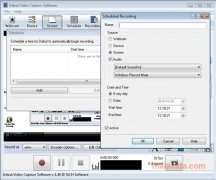 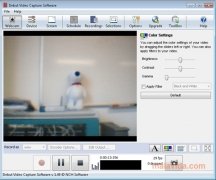 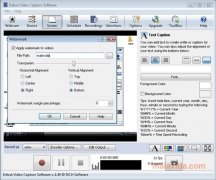 Debut Video Capture is an application that allows you to record video on your computer from a webcam or another device that is connected, like for example, a camera or a VHS player. This can be used to recover old recordings on VHS that you had forgotten about. Furthermore, it also carries out captures, still images or video, of your computer's desktop.

By simply connecting a webcam to your computer, Debut Video Capture will detect it and will show you the camera's signal. You'll be able to record that signal in various formats, like AVI, WMV, ASF, MPG, MP4 or formats created by devices like the iPod or PSP. Moreover, you'll be able to modify the color of the signal and even input texts.

Debut Video Capture also allows you to create recordings of your desktop or capture fixed images. Another option you have is to insert watermarks in the images to, for example, include the copyright in a video. You can program Debut Video Capture so that it starts to record on a specific day at a specific time, or you can send the recorded videos somewhere else by email.