1.0.3 DeckHub is a great alternative to the official GitHub client for Windows with which we can view all our projects on this platform from our desktop
8/10 (4 Votes)
Download 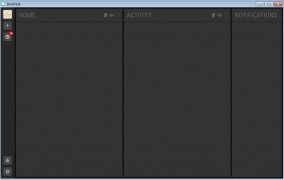 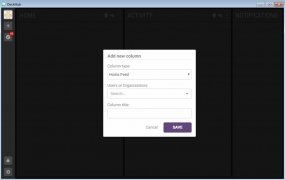 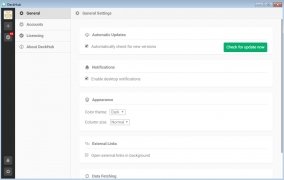 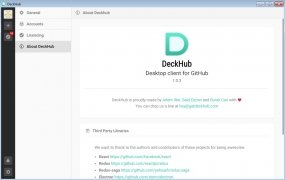 What's GitHub? Well, basically a collaborative software development platform to host projects publicly. If you're a usual suspect on this service, you have to know that it now comes along with an unofficial desktop client for Windows so that it's much more comfortable and intuitive to use: DeckHub.

A tribute to TweetDeck.

It's a kind of central control panel from which developers can view different projects from an interface that will remind many Twitter users of the famous TweetDeck app, especially due to its layout and organization of feeds into columns.

An alternative to GitHub Desktop for Windows

From DeckHub's interface the user can carry out different actions that will simplify his work on GitHub: