DockBarX is a very easy way to access all your favorite programs. Make all your work much more dynamic by downloading and installing DockBarX for free 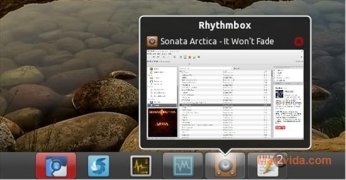 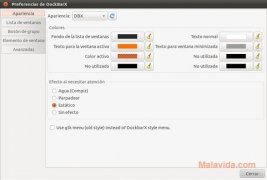 One of the elements of the Mac OS X system that surprises users the most is the dock from which it's possible to launch the most used applications and from where it's also possible to access the open programs that have been minimized. And as time has gone by, this element has been exported to other systems, and one of the adaptations for Linux is DockBarX.

DockBarX places a tray with three levels at the bottom of the screen like a multiple taskbar that is divided into tabs. The objective of each one of these tabs is to store a shortcut icon, one of them stores the files, another the general applications and the last one is for specific access icons.

How DockBarX is used compared to other similar applications is slightly different, and it may take you a while to get used to it the first times you use it, but as time goes by, you'll clearly see the developer's intentions, to organize things much more efficiently, so as to have everything a lot clearer.

Therefore, if you want to have an access to your programs that is similar to the Mac dock, download and install DockBarX on your computer.

Antony Peel
GNOME-Look.org
Over a year ago
More than a year ago
756 KB