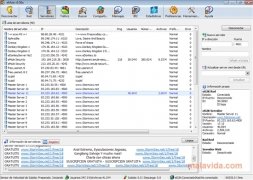 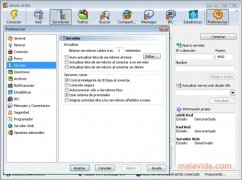 There must be few people that usually use the Internet and don't know of the existence of eMule; one of the most popular file exchange applications, so popular that saying eMule is nearly a synonym of saying Peer to Peer. This software has a small flaw, it has a certain amount of dependence of the server.met file. So if you want to make sure that your P2P client works as it should, it is worth considering installing emulEspaña Server.met.

The server.met file is, basically, an indicator of the servers that the program needs to be able to connect. There are many files of this type, as many as servers, but emulEspaña Server.met is specially known by users due to the fact that it is always updated with the best servers, something very important now that many of them face legal problems or, in other cases, because their owners become tired and stop updating.

The dependence on the server.met file that eMule has always had is something that has never been considered favorably by users, because realizing that this file is necessary is somewhat complicated, and even more so when eMule, by default, includes a series of servers, but not such an interesting compilation as emulEspaña Server.met, that includes a really incredible compilation.