eoClock is a great free precision clock for your computer. Synchronize eoClock with an atomic clock and find out the exact time anywhere in the world 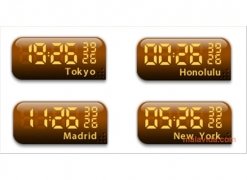 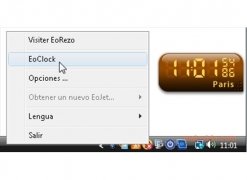 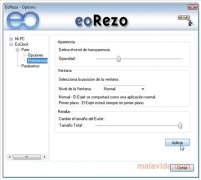 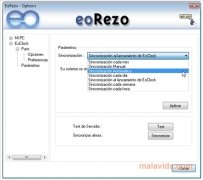 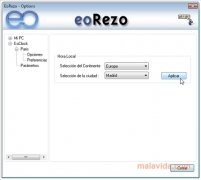 Keeping track of time is now much easier thanks to the information provided by eoClock. This software has been designed by eoRezo, developers of other tools like eoWeather, and as its name indicates, it is a high precision clock for your computer.

eoClock is capable of synchronizing with an atomic clock over the Internet, something that guarantees that it will tell the time with total precision. Always have your computer's time set properly and never be late for an important appointment thanks to the precision of eoClock.

An atomic clock for your PC

This clock for the computer also has custom configuration options. Make its interface bigger or smaller, occupying a larger or smaller portion of your desktop or apply a transparency percentage to the interface to make it less obtrusive. You decide.

You can now synchronize your computer with an atomic clock. eoClock is a high precision clock that will give you absolute control of time.