Epic Browser is a web browser based on Firefox that is aimed at Indian culture, its customs and its traditions. Download Epic Browser now for free 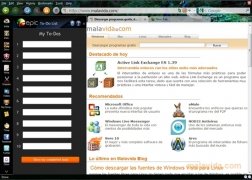 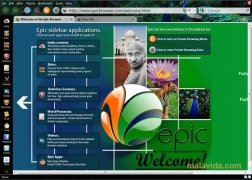 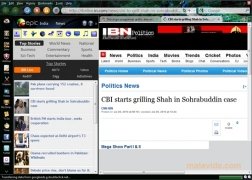 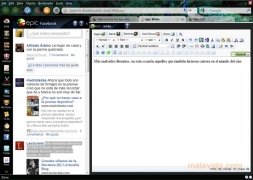 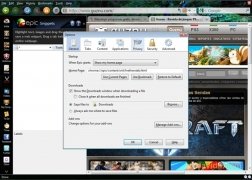 Epic Browser was introduced as the first browser specifically developed to be used by Indian people, using the different Indian languages. It's a version of Firefox that has had a series of complements added to it that as well as making the browsing easier, they offer security tools, a text editor and a utility to create task lists.

The program has a sidebar from which it's possible to directly access an RSS reader with various Indian feeds (by default), Facebook, Twitter, Gmail or Orkut among many other sites.

Another of the important functions of this browser is the possibility to write in any of the different languages spoken in India, like Hindi, Bengali, Punjabi and Marathi.

The graphical interface of Epic Browser is stunning, reminding many people of the aesthetics used in the majority of Bollywood films. Furthermore, it's totally customizable by means of skins, including more than 1,500 Indian based skins and wallpapers by default.

If you really like Indian culture, and you want a program that allows you to discover small peculiarities about this country and its customs, or you're an Indian living in a foreign country, and you're looking for a new browser for your computer, that offers the full power of Firefox, but with a special touch, download Epic Browser as soon as possible.

Antony Peel
6/10
Hidden Reflex
Over a year ago
More than a year ago
1.7 MB