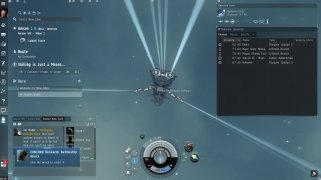 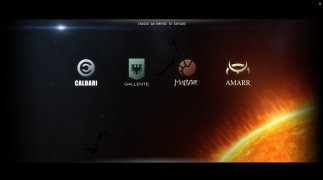 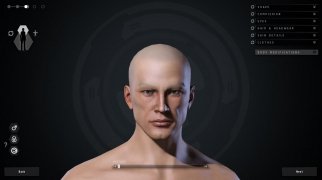 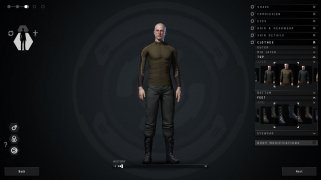 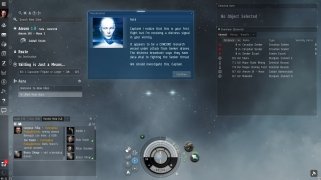 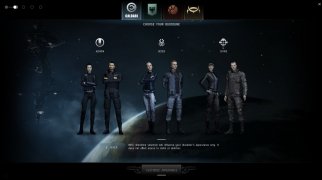 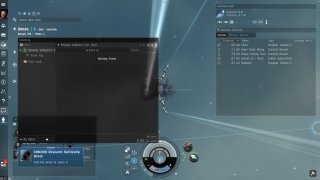 After being around for more than fifteen years, the MMORPG-RTS game from CCP Games, EVE Online, still has a loyal community of players. It is a game in which all of the players are the same server which they will use to move through a vast universe made up of totally playable planets, stars, moons, space stations, etc.

What story does EVE Online tell?

Thousands of years in the future, after humanity had exhausted all the natural resources of the Earth (I doubt that we'll have to travel that far in time to witness that), it had to colonize other planets. When there was neither room nor sustenance for all, a great war broke out which caused a cataclysm which led to a technological Dark Age. Caldari, Gallente, Amarr, Minmatar and Jove were the five races that managed to survive.

Players can choose one of the first four races to move through more than 5000 star systems and live on them carrying out manufacturing, trading and mining tasks in order to move up through levels and gain strength through a skills training system set in the passage of real time.

Also, although players can stay on safe planets to go about manufacturing and trade, they can also fly off to more dangerous systems in order to battle and to try to get more resources in less time.

EVE Echoes Android 1.9.23
Other languages
We use our own and third-party cookies for advertising, session, analytic, and social network purposes. Any action other than blocking them or the express request of the service associated to the cookie in question, involves providing your consent to their use. Check our Privacy Policy.