Open corrupt Excel files with the help of ExcelFIX. Recovering corrupt Excel documents is possible if you decide to download ExcelFIX to your computer 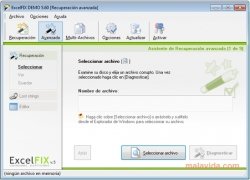 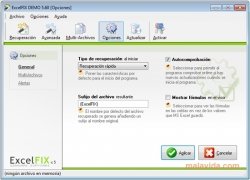 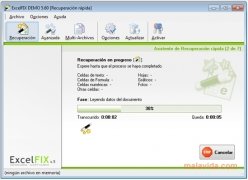 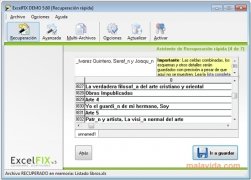 It's very possible that when you have a file open and for some reason, your operating system freezes or there is an electricity failure, it will be corrupted. In the majority of cases, this is nothing more than a mere anecdote, but when speaking about an Excel spreadsheet, it may be rather important. That's why it's so advisable to have a tool like ExcelFIX installed.

This software allows you to open a file created with Microsoft Excel (or saved as XLS or XLSX) to search for any corrupt entries in it. Thus, you can check tables, images, comments, cells, groups and queries that may contain the corrupt contents, and then try to recover them.

ExcelFIX promises to be able to recover almost all the data in less than 15 minutes. The usual case is that it will be capable of recovering 100% of the document in a few seconds, but the scanner included in this software can perform as many passes as you deem necessary to recover files created with Microsoft Excel 95, 97, 2000, XP, 2003, 2007 and 2010.

So, now you know, if you use Excel spreadsheets, this software shouldn't be missing from your PC, because you never know when you're going to need it.

Antony Peel
Cimaware Software
Over a year ago
More than a year ago
5.9 MB