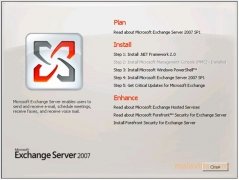 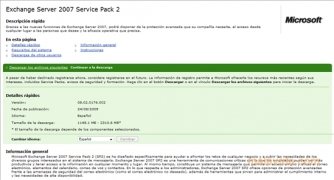 Microsoft Exchange Server is considered as one of the most complete communication servers, due to the options that it offers, all related to corporate productivity, as not only does it perform the functions of email servers, but also improves collaborative projects, the synchronization of tasks and project management.

One of the most important features of this powerful server is its security, that protects its users and the company from all kinds of SPAM as well as possible external attacks.

Like with many other projects developed by Microsoft, this one also receives updates, that in the case of Microsoft are known as Service Packs (SP), that are used to update a software application in terms of performance and security.