In Five Nights at Freddy’s 4, the prequel to the famous saga of Survival Horror games, you have to face your fears once again, but this time at home 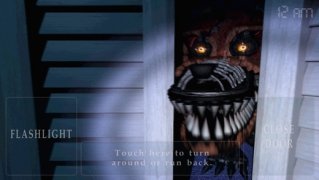 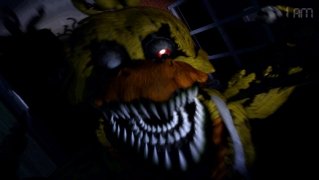 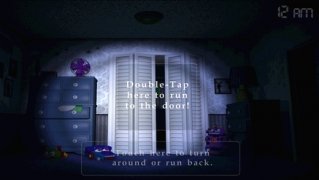 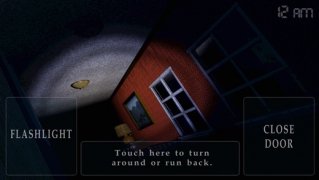 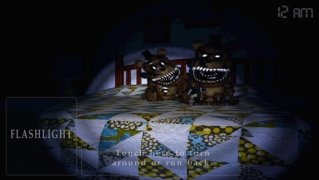 Five Nights at Freddy’s story is reaching its end. Now it's time to go back in time to settle some of the doubts we had about the origin of these animatronic beings that, in a near future, will end up petrifying the watchman of a pizza place.

This time, the terror has followed you home.

Five Nights at Freddy’s 4 for iOS takes place quite a few years earlier, in the house of an innocent child that, like all kids of his age, faces the terrible fear of knowing that there's a monster under hid bed or hiding in the closet. Although this time it's true.

Scare the animatronics with your flashlight

With no other weapons than a torch, you have to keep Freddy Fazbear, Chica, Bonnie y Foxy at bay until the next morning. Don't let the animatronic beings reach this poor and frightened child. Will he manage to survive the five longest nights of his life? If so, when he grows older he might visit a famous restaurant to kill them off forever.

Put your nerves to the test in FNAF 4 and don't let fear grip you in the last instalment of the successful story told by Scott Cawthon.

Five Nights at Freddy's 4 Android 1.1
Other languages
We use our own and third-party cookies for advertising, session, analytic, and social network purposes. Any action other than blocking them or the express request of the service associated to the cookie in question, involves providing your consent to their use. Check our Privacy Policy.