The best tips, tricks and cheats for Fortnite Battle Royale for PC

If you were looking for a way to take on your Fortnite games with certain guarantees, worry no more: that's what we're here for 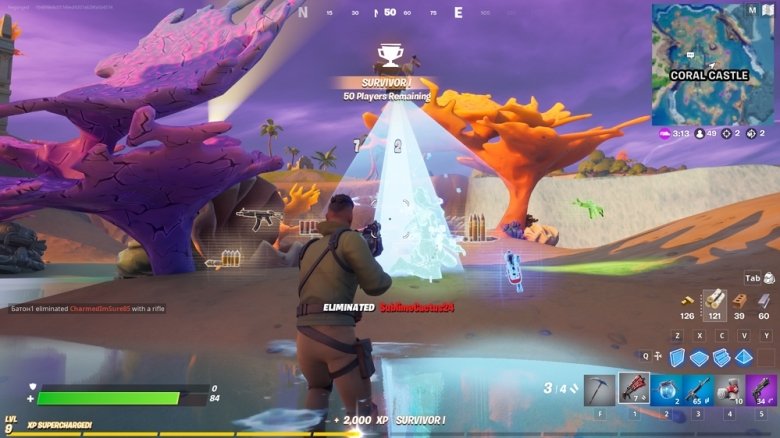 It's been a few years on the crest of the wave, but still from time to time it never hurts to remember that Fortnite Battle Royale is a mass phenomenon that has already left its mark on popular culture: from what is the game itself, through merchandising of all stripes and conditions (toys, clothing, accessories for school, and so on), it is difficult that in many homes around the world do not have, at least, a notion of what it is.

What started out as a rival of PlayerUnkonwn's Battleground, over time has ended up becoming the battle royale par excellence. For starters because it was one of the first to see the possibilities if ported to mobile platforms, and to continue because, unlike PUBG, you didn't have to dig deep into your pocket to download, install and enjoy the title.

Apart from this, it looks a lot like any third-person shooter game (even some first-person) that can be found on the market: we will land in an arena where we will have to try to be the last one left standing in a group of 100 players. To do this we will have at our disposal mechanics such as the acquisition of resources and the construction of fortifications to defend ourselves, or ladders from which to attack from a high place, inherited from the original game mode.

The most complex of all is, precisely, to survive. You can try to be a lone wolf, or forge a temporary alliance, although perhaps following the tricks that we are going to give you below can help you to face any game with greater guarantees. We can't promise you an unmitigated victory, but we can assure you that your games will be somewhat easier.

What controls do the best Fortnite players use?

In light of the success of players like Ninja, it's obvious that many users at home are going to try to emulate what he does. But is there a secret recipe to get some extra edge over the rest of the players? There could be, it could even be changing the control settings.

The minimum system requirements for Fortnite are those that determine what hardware is the minimum essential for the game to run. In the case of the title at hand they are as follows:

Fortnite is a third-person shooter and survival game, simply put. The game began its journey as a survival title, in which we faced hordes of monsters generated by the game itself. It later evolved to include the battle royale mode that we all know, where we face 99 other players to see who is the last one standing at the end of the game.

When was Fortnite released on PC

Fortnite as we know it was released as an early access title on September 26, 2017, although it had previously spent some time as an early access title. Originally, this title wasn't even a battle royale. Its roots go back to 2011, when it was born as a result of a developer meetup (or game jam) at Epic Games, just after they had released Gears of War 3.

How to play Fortnite on PC

To play Fortnite you must keep in mind several concepts:

How to install Fortnite on PC

How Fortnite works on PC

Fortnite Battle Royale is based on a third-person shooter game mode, in which a group of up to 100 players face off in an all versus all mode until only a single survivor remains. The combat takes place in an arena that can only be accessed through an Internet connection.

Fortnite is not on Roblox due to a copyright issue. What does exist on Roblox is a mod of the well-known third-person shooter game, called Island Royale. The mod mimics the Epic Games game in every possible aspect, from parachuting into the arena, to the infamous store where we can go getting items for the game.