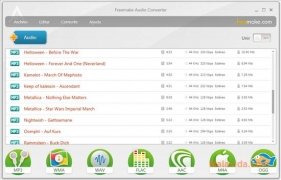 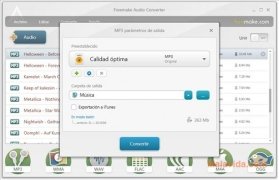 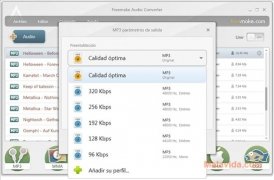 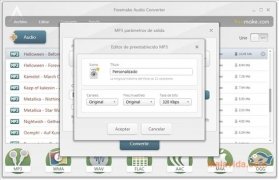 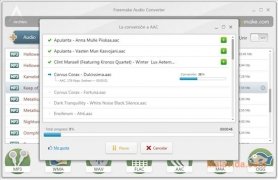 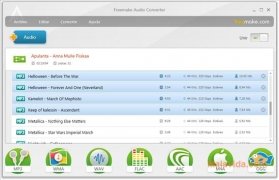 Over In the last few years many music converters have been launched onto the market, but up until now we hadn't found one that did the task in such an easy and fast way as Freemake Audio Converter.

Enjoy your music on any player.

From a clear and intuitive interface, Freemake Audio Converter allows the user to transform all kinds of audio files (MP3, WMA, WAV, FLAC, AAC, M4A, OGG,...) from one format to another. As well as having a full selection of presets for each format.

Other options offered by Freemake Audio Converter are the possibility to join various audio files into a single file, to prepare audio files to be played on an iPod or an iPhone, and even send the files converted straight to iTunes.

As well as working with audio files, Freemake Audio Converter offers support for multiple video formats to be able to extract the audio that they include, in such a way that it will be very easy to have a recording with the dialogs from your favorite TV series.

Therefore, if you were looking for a free audio converter, download Freemake Audio Converter right now to your computer.