3.0.3 GameCIH is an app that you can use to mod and patch Android games and obtain loads of advantages such as never-ending lives or huge amounts of coins
8/10 (271 Votes)
Download 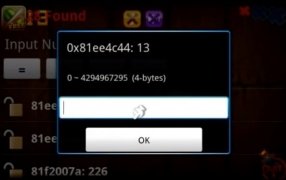 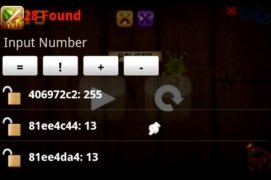 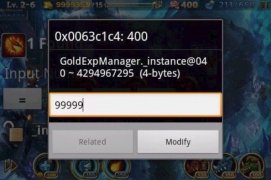 Is that Android game too hard for you? Wouldn't you like to feel invincible, be faster, have as many gold coins as you want or simply be able to play without putting up with adverts? We bet you do, and we're also sure that you don't want to pay a cent on in-app purchases. Well, although that's the legal method, there are other alternatives to mod games and one of them is this GameCIH.

Modify the values of your games

You've probably come across quite a few pages on the Internet offering you to download MOD APKs. That means that some of their internal values have been modified with a tool like this one and then they've been extracted in a new APK to be shared on the web.

Well, with this app you can do it all yourself and apply those patches to the games of your choice: you can modify your scores, the game speed, increase your coin count, get more extra lives... provided that you're playing offline, of course. Mainly because online games process that data on their own servers and if they detect a patching attempt you'll probably get banned right away.

As you can imagine, you won't be able to download the APK of GameCIH from Google so you'll have to resort to Malavida. It's an alternative to similar apps of the likes of Lucky Patcher or Lulubox. Although we have to warn you that if the modifications you're going to apply involve skipping in-app purchases, you're certainly being very unethical towards the work carried out by its developers.

Patch your games and find loads of cheats

Get hold of premium in-app elements without spending your wages

Modify the values of your Android video games