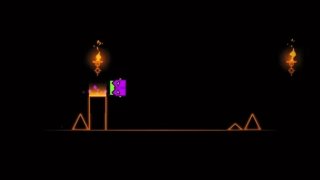 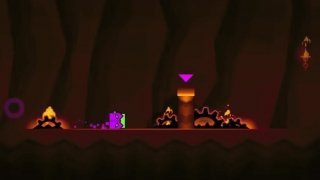 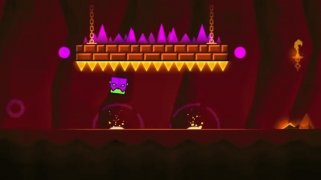 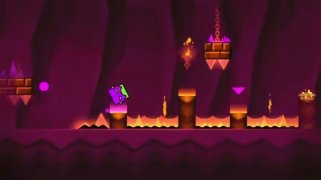 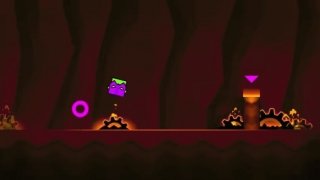 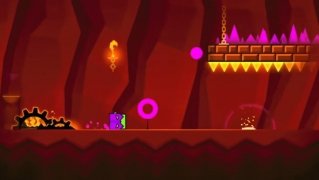 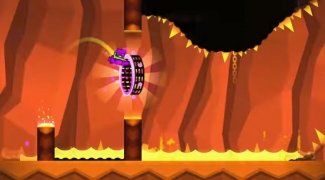 Geometry Dash is one of the most successful platform games available for Android and iPhone. And that's possibly so because it's based on the same model as some of the most classic video games of this genre in which our speed and the short amount of thinking time available make us move mainly by instinct obeying our reflexes.

Well, its design also has to do with its success since it comes along with a simple yet really eye-catching graphical aspect that reminds us of all those 16-bit video consoles, and also because it's developers have paid attention to its soundtrack: we'll move to the rhythm of dubstep tracks created specifically for the game.

The much-awaited sequel to Geometry Dash

We're talking about Geometry Dash Meltdown (nothing to do with the Meltdown and Spectre security bugs, the vulnerabilities found in Intel's chipsets), that comes along with the same gameplay but with more levels and new songs to play to the rhythm of the game.

Just like in the previous version, geometry will play a very important role in Geometry Dash Meltdown, with a square-shaped main character and traps in the form of spikes or pointy triangles that we'll have to overcome throughout the 3 levels of this arcade game.

A catchy platform game that has nothing to envy of the classics of this genre.

Once you download the game to your smartphone or tablet, you'll come across the following features and functions:

Geometry Dash World iPhone 1.0
Other languages
We use our own and third-party cookies for advertising, session, analytic, and social network purposes. Any action other than blocking them or the express request of the service associated to the cookie in question, involves providing your consent to their use. Check our Privacy Policy.