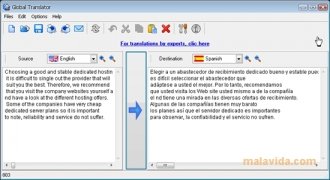 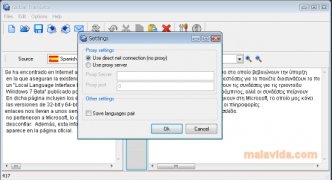 Text translators can get you out of more than one tight spot. If you need to translate frequently, it would be rather convenient to have one of these applications installed on your computer. There are many options to choose from, but most of them have one major drawback, they require plenty of the system's resources, slowing down our computer considerably.

The perfect app to translate texts to other languages

It's a very simple application, that includes the minimum options necessary on its interface: a text box to input the words we want to translate, and two dropdowns where we can choose the input and the output language. Other options that it includes are to load a text from a file or to export the resulting translation.

Antony Peel
TraduceGratis.com
Over a year ago
More than a year ago
3.6 MB