With GnoMenu your GNOME desktop environment will be nicer and more intuitive. Download GnoMenu free and provide your desktop with a personal touch 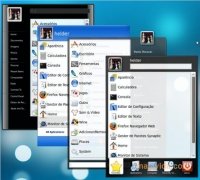 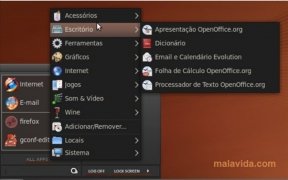 GNOME is one of the most used desktop environment in Linux, but unlike KDE, its graphical environment is much more practical and a lot less attractive in comparison, thus forcing us to resort to applications like GnoMenu if we want to improve its appearance a lit bit.

Thanks to this simple tool we'll be able to change the aspect of the main menu of many distributions, to make it look like that of Windows, and make it more intuitive, allowing the users to reach their favorite applications, folders and websites much quicker.

This modification has various skins, that will adapt to any choice of color perfectly.

The development is mainly indicated for those users that have previously used Windows and are trying to adapt to the Linux operating system without great problems.

If you want to simplify the menu of your Linux distribution or simply provide it with an aspect that is much more appealing, download and install GnoMenu.
Requirements and additional information:
To use this download your distribution has to use the GNOME desktop environment.