Add the Google Wave extension, a notifier for this communication project by Google, to your Firefox browser. Download Google Wave now free of charge 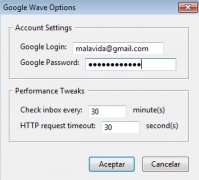 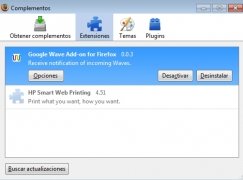 Google, in an attempt to revolutionize communications, launched Google Wave. This is an application that gathers the concepts of chat, email and social network all in one. With this extension you'll be able to make the most of it from Firefox.

A new way of Internet communication

With Google Wave for Firefox we can immediately get to know if someone has sent us a wave or if we have received replies to any of the waves that we have sent. In this last case, this notifier will tell as which wave has been continued. The wave icon and the number of unread waves will always be present during our browsing on the bottom Firefox bar.

Download Google Wave for Firefox and make the most of Google's invention.