Record all the audio that's played on your sound card with HarddiskOgg. Download HarddiskOgg to your PC free of charge, a multiformat audio recorder 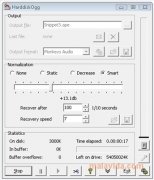 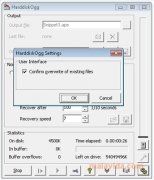 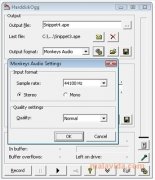 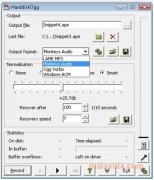 HarddiskOgg is an application that will offer us the possibility to be able to capture and record any sound played our sound card, whether the audio signal from a television show that we are watching through our TV tuner card, the music from a radio broadcast or Spotify, or our won voice by means of a microphone.

This simple application uses a rather dull yet intuitive graphical interface to be able to record the aforementioned audio that is played on our sound card. The main function of the program was developed for was to be able to capture the audio from the radio and TV programs that the designer listened to and watched over the Internet.

Capture the audio of your sound card

One of the most noteworthy options of the program is the possibility to be able to normalize the sound that is being recorded, in such a way that it will be possible to avoid terrible sound various throughout a recording, something really important when a microphone is being used (due to the fact that the signal isn't always stable) and also to avoid stridency when a radio or TV commercial starts.

The audio recorded with this software application can be stored in four different formats (LAME MP3, Monkeys Audio, Ogg Vorbis or Windows ACM) depending on the user's preferences, with the added possibility to define specific parameters for some of these formats.

Therefore, if you want an application to be able to record all the sound that goes through your sound card, download and install HarddiskOgg.