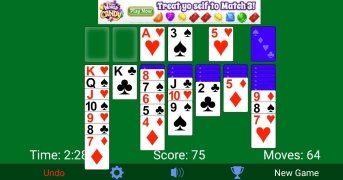 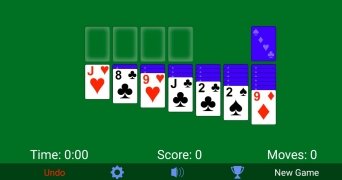 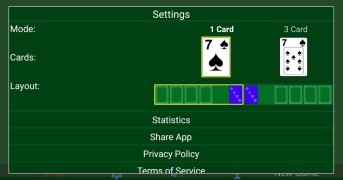 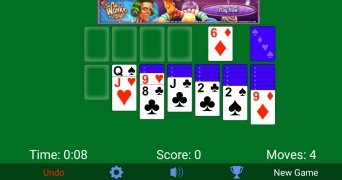 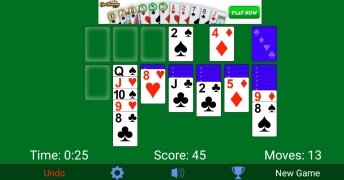 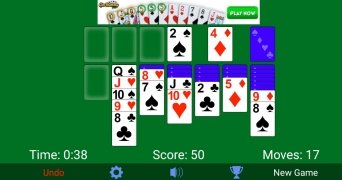 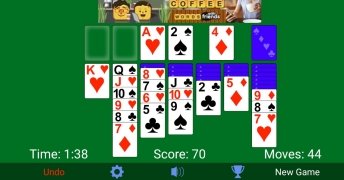 Microsoft is definitely the culprit behind the popularity of solitaire card games by including the Klondike variant in its operating system, for the first time back in 1990, for Windows 3.0. Nowadays, there are loads of different Android adaptations, including this Harpan Solitaire.

Here you won't find anything new regarding one of the most popular card games on Earth. And that's precisely great new because if you want to download solitaire for Android you're probably not looking for any kind of new experience or an augmented reality game: you just want to pick up cards and play with them until you manage to get rid of them all.

There's no need to point out this game's great distraction power and how it has contributed towards procrastination. Therefore, don't think twice and download this must-have game without which it would be hard to understand the low business productivity in the 90s' (now that Facebook has taken on that role in our era).