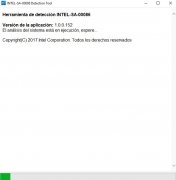 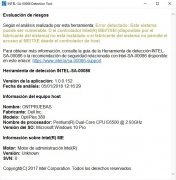 At this stage, you should already know that your computer, or even your smartphone, could be affected by both of these severe vulnerabilities, or at least one of them, that affect our processors and that have just been discovered.

What are Meltdown and Spectre and how do they affect us?

Although Spectre is the name of a James Bond movie starring Daniel Craig and Meltdown could well be the title of his next film, they are really the names given to the two security flaws that affect processors discovered by Google's Project Zero, the division in charge of searching for severe security holes.

We must say that they are not design errors but inherent features to the processing technique used, the so-called predictive or speculative execution which altogether is a vulnerability that can be used by an attacker to seize confidential information.

And the truth is that nobody is safe: Windows, Linux, Mac... anything with an Intel chip is at risk, putting our passwords, user data, and other important elements at stake.

How to detect whether Meltdown and Spectre are affecting my PC?

You can be totally sure that Spectre is affecting your PC, not so much for Meltdown because you might have an AMD. But in any case, if you want to check it out for yourself, you can download Meltdown & Spectre Detection Tool by Intel, the guys behind this disaster, to see if you've got a problem or not.

We're talking about Intel's Meltdown & Spectre Detection Tool, also known as Intel-SA-00086, which comes along with the following:

Now that you know, you had better download this detection tool developed by Intel to find out what you're in for and patch your computer appropriately with the solution offered by different technological companies of the likes of Google and Microsoft.

Antony Peel
Intel Corporation
Over a year ago
More than a year ago
3.5 MB