InteresTV is a television tuning application that allows the possibility to watch television from the whole world on your PC. Download IntersTV on your PC 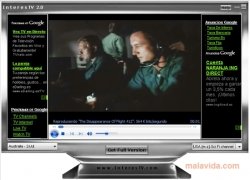 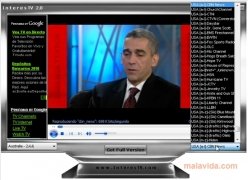 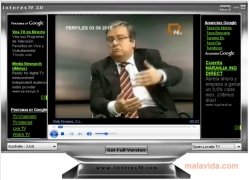 InteresTV is a really useful program if you like watching television and programs from other countries. With this software, you will have a very intuitive and easy to use interface with which to see more than 100 television channels from practically any country in the world.

Online TV on your PC

Even if the quality of the broadcasts that can be watched via InteresTV isn't extremely high, the truth is that its window on the side of the desktop showing the news or a film from another country can come in very handy. InteresTV has channels from the USA, United Kindom, Spain, South America, China, Germany, other European countries,... Some of the channels are available in their International versions and others in local versions.

Many of these channels can allow us to view events that we wouldn't be able to view in the country where we live, be it live football matches or new series and films.

What's more, InteresTV allows us to tune in to radios from all over the world and that offer all kinds of different music styles. From Australia to Norway it is possible to listen to how all different kinds of DJ play the latest music.

The interface used by InteresTV can be somewhat austere, the truth is that it accomplishes its job perfectly, and even though not all the channels are available at all times, the truth is that the vast majority work without any problems.