6.0.0 iSkysoft Toolbox - Switch is a fast and useful app that can be used to transfer different files between iOS and Android smartphones with a single click
8/10 (18 Votes)
Download 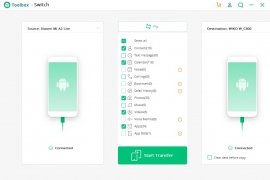 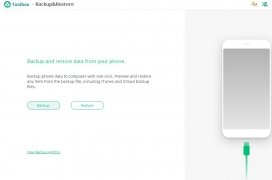 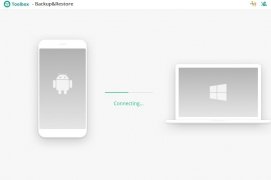 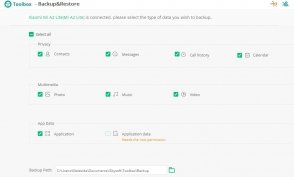 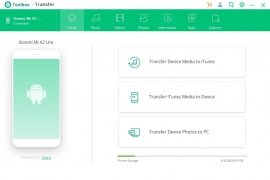 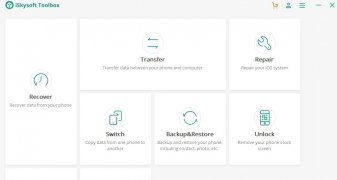 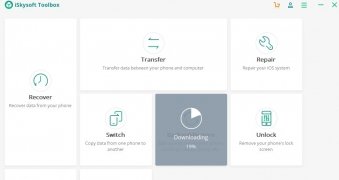 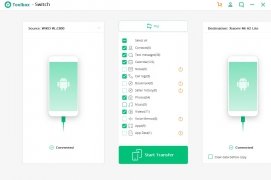 Are you about to move over from Android to iOS or from iOS to Android? The greatest problem that you may have to deal with is transferring data from one device to another. In other words: moving all your contacts, messages, photos or videos from one mobile to the other. Well, you can forget about that problem if you get hold of iSkysoft Toolbox - Switch.

Transfer data from one phone to another with a single click

The application works both between Android and iOS and between phones running on the same operating system (in other words, from iPhone to iPhone, and from Android to Android). Therefore, it’s a must-have tool to manage all our files in the case of having more than one device, as is the case of a personal number and a work number, or to move information from an old phone to a new one.

This assistant can transfer the following data between devices:

It has been designed to work at the maximum transfer speed possible, without losing any information, being 100% safe towards possible data leaks. Furthermore, it comes along with a very intuitive interface so that its users don’t have any trouble handling it.

Switch by iSkysoft Toolbox is compatible with almost any Android or iOS device on the market.

Manage your Android device from your PC

Manage your apps from your Windows PC

iSkysoft Toolbox - Switch Mac 6.0.0
Other languages
We use our own and third-party cookies for advertising, session, analytic, and social network purposes. Any action other than blocking them or the express request of the service associated to the cookie in question, involves providing your consent to their use. Check our Privacy Policy.