Kotoba is a tool recommended to learn simple sentences in Japanese. Download Kotoba to your PC and take your first steps learning the Japanese language 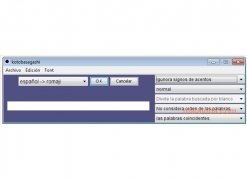 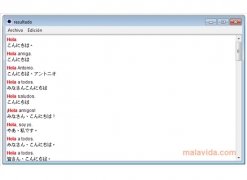 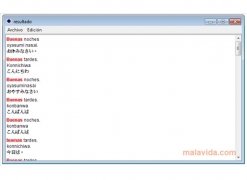 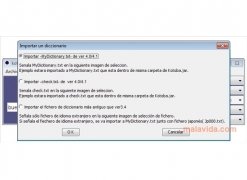 Kotoba is an extraordinary Japanese translator that's here to contradict those that think that learning an Asian language is hard. Although it's true that mastering some of these languages is extremely hard, especially those that use different alphabets to ours, thanks to this application we can learn some basic Japanese lessons.

Unfortunately, this software is aimed at Spanish-speaking users, but if you know Spanish, Japanese is just one step away:

After pressing OK, the applications will show in a separate window the matching results, that not only refer to individual words but also offer sentences in which they appear.

Learning Japanese requires plenty of patience. With Kotoba and your determination and training, you'll be able to become fluent enough to make yourself understood by the people of the land of the rising sun.

Learn Japanese and recognize all its characters