Mabinogi: Fantasy Life is an Android game that combines the role-playing and virtual life simulation genres and is set in a medieval world of epic fantasy 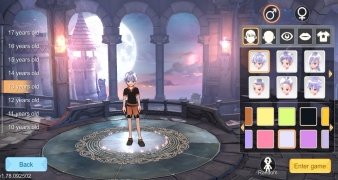 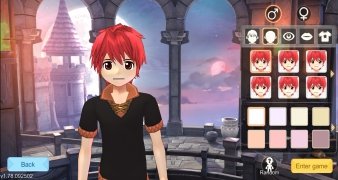 Halfway between an MMORPG and a virtual life simulator of the likes of The Sims, Mabinogi: Fantasy Life takes us to a medieval world of epic fantasy with a manga-like aspect. We can explore it and move around however we like, fighting against our enemies but also carrying out other tasks, such as searching for a job.

Complete missions and build a new life for your character

After configuring our character, which we can assign to a class out the dozen available, fact that will condition our skills (although we can reset them with the rebirth system), we'll arrive to the world of Mabinogi. We can explore it using the usual contrls of this kind of game. In other words, a virtual stick with which we can move around and action buttons to launch attacks and carry out other manoeuvers.

Thie game offers us a mission system by means of which we'll be automatically assigned different quests. Nevertheless, we can choose a guided game system in which an arrow will always indicate the next step to be taken. In turn, apart from these missions, we also have the possibility to develop certain vital aspects of our character, such as the works he is capable of carrying out. In other words, we can be whatever we want to be, within our character's range of skills, in this medieval fantasy world.