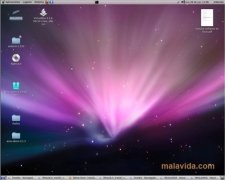 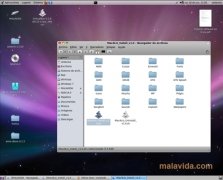 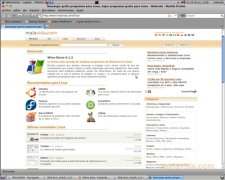 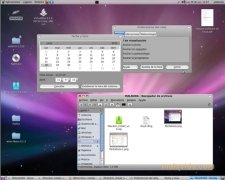 Operating systems developed by Apple have a really appealing graphical environment, from which we would have to highlight the dock from which the applications, the icons and the shape of the windows are launched.

If you have a Linux distribution installed on your computer, that uses the GNOME desktop environment, you may want to improve what it looks like thanks to Mac4Lin. A pack of improvements for the graphical environment, with which you can adapt the appearance of a Mac OS X.

As well as adding the classic rounded windows, the background wallpaper and changing the icons, it also installs some themes for applications like Firefox and Pidgin, in such a way that they will look exactly like their versions for the Apple operating system.

The installation is very simple, so almost any user will be able to enjoy these improvements in just a few clicks.

Download Mac4Lin and surprise everyone with the new aspect of your Linux distribution.
Requirements and additional information:
This download requires a ZIP compatible compressor. Has to be installed on a distribution that uses the GNOME desktop environment.

Antony Peel
GTK - Anirudh Acharya
Over a year ago
More than a year ago
34.6 MB