1.7.1.0 If you feel out of place when you can't use your Mac OS X, download maComfort for free. maComfort is capable of applying the behavior of Mac OS X to Windows
8/10 (2 Votes)
Download 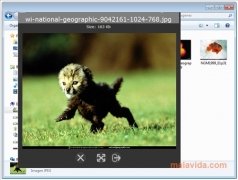 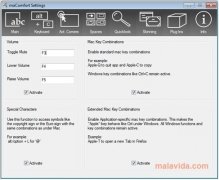 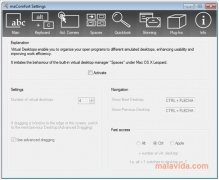 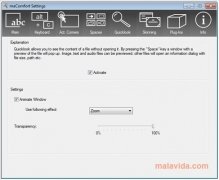 The users of Mac OS X know very well that one of the greatest features of this system are the hotkeys and the small aids that, even though generally going unnoticed the majority of the time, are well valued and we end up missing them when they aren't available. This is why Mac OS X users that are going to have to change over to Windows will definitely appreciate maComfort, and Windows users will also like it when they see how practical it is.

Turn your Windows into macOS

maComfort has a very simple task, to create and optimize the shortcuts, hotkeys and small variations of the operating system so that those of Windows are identical to those of Mac OS X. For example, in Mac OS X we can preview the contents of a file with the spacebar, Alt+Spacebar opens the searches using Spotlight or Quicksilver, we'll also be able to configure the corners of the screen to carry out actions like show the desktop, minimize all the windows or close programs.

It may be rather complicated to get used to all the hotkeys and options, but by memorizing and using just a few of them, we'll soon realize how our productivity gains a lot thanks to maComfort.

Antony Peel
Rafael L. Klaus
Over a year ago
More than a year ago
5 MB

Create keyboard shortcuts to work with your files