Twitter controversies have pushed many users to make the switch to Mastodon. This is an alternative that, although it is not identical, is still useful for giving opinions, chatting, and following other users. Famous or anonymous 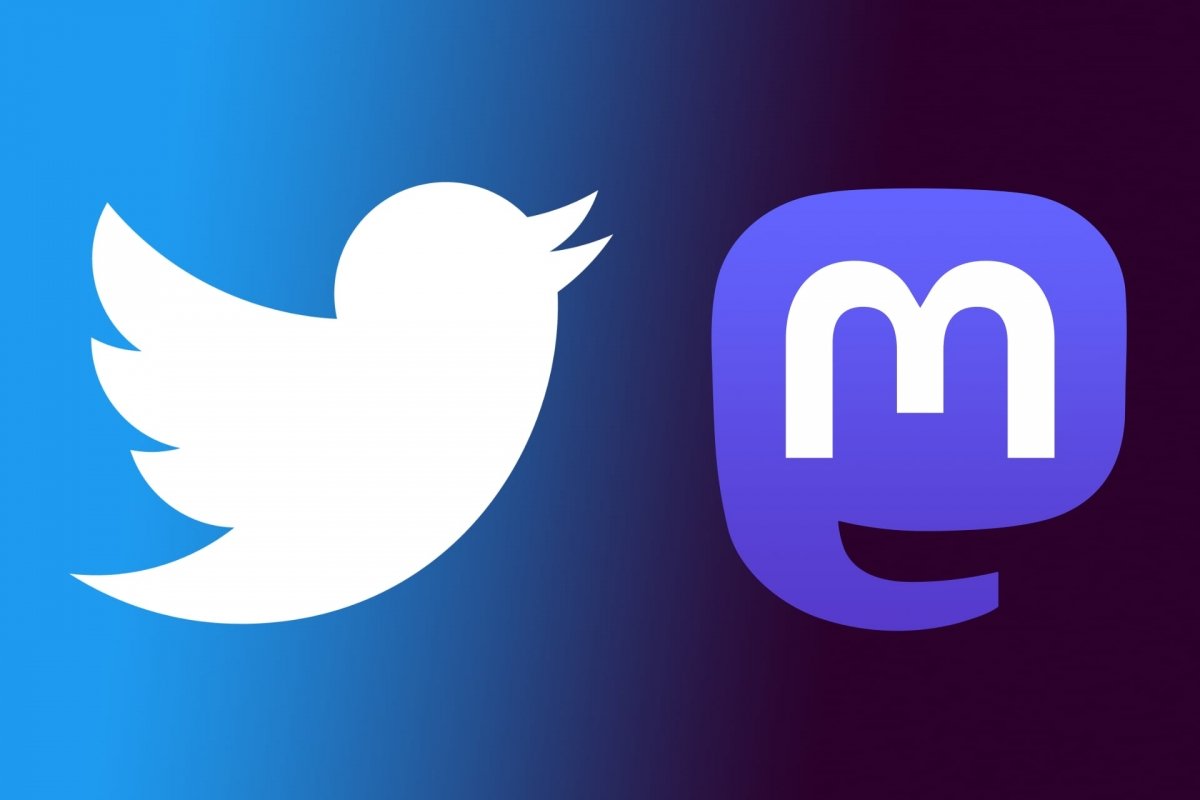 It is not the social media with the most users. Nor the most profitable for its creators. But Twitter has become a reference platform. Celebrities from all over the world share their opinions on Twitter. Including actors, directors, sportsmen, writers, politicians, journalists, and more.

One of the advantages of Twitter, compared to other social media, is its simplicity. Nowadays, you can post videos, images, and links, but the key is that you can easily share a word or phrase or go wild with a thread of posts.

However, the constant controversies around Twitter and its new owner have forced many users to sign up for Mastodon. A social media that has been on the Internet for some time but was not as popular as the bluebird social network. And while they have features in common, Mastodon and Twitter are not the same.

What is Mastodon and how does this Twitter alternative works?

Mastodon's motto is "a social network that doesn't sell itself". Unlike the big names of social media, such as Facebook, Instagram, Twitter, or TikTok, it does not have an owner. There is no company behind it with shareholders and employees. In other words, Mastodon belongs to no one, so it belongs to everyone. In several ways.

To get started in Mastodon, you have to sign up as a user. Same as on Twitter. This platform allows you to write whatever you want, according to some basic rules, and follow other people's publications. You can also share photos, videos, and audios, post a poll, and more. 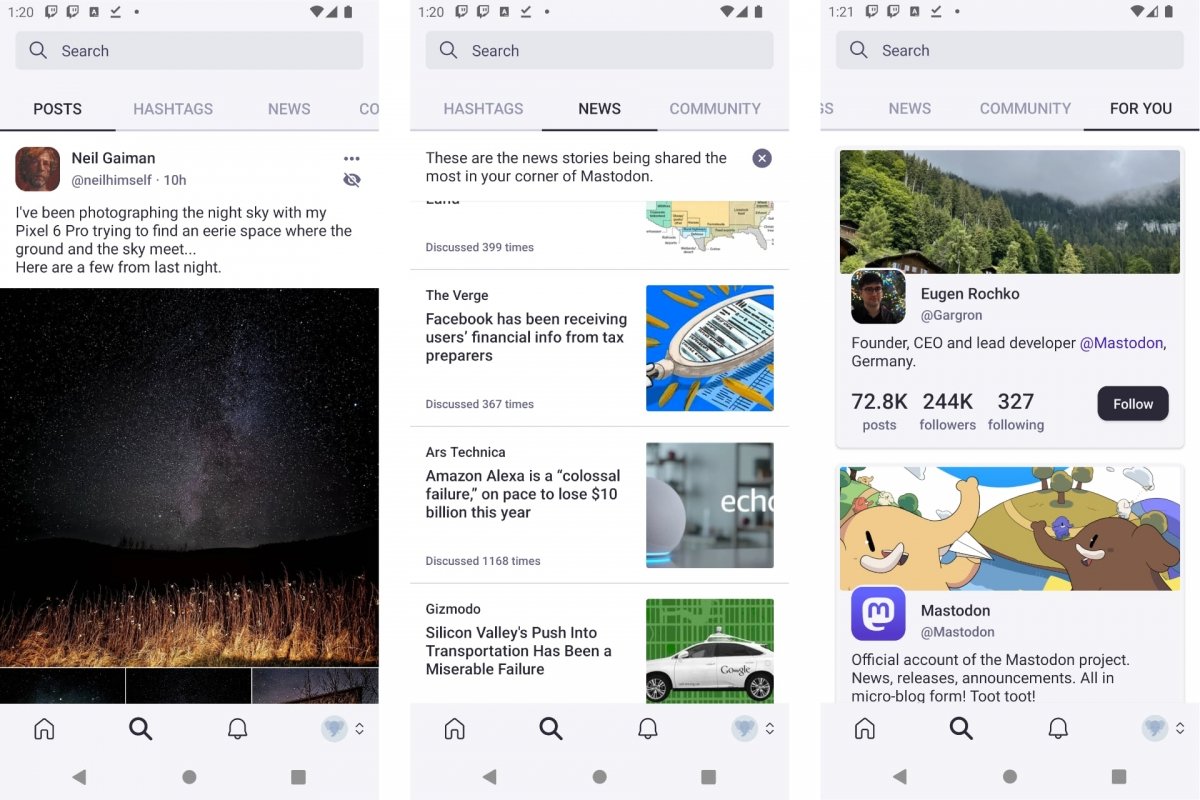 News in Mastodon for Android

And just like on Twitter, you can reply to messages from other Mastodon users, share them, save them, highlight them, and more. There are also private messages or direct messages. And to customize the experience, you can mute users, block them, filter words or topics, search for specific messages or topics, and more.

In short, Mastodon and Twitter have a lot in common. But there are differences as well. As it does not have a single owner, certain advantages differentiate Mastodon from Twitter. The main one is that Mastodon's source code is available to anyone. This allows anyone to create an application to use Mastodon or host a Mastodon server.

How to start using Mastodon

Let's go back to the first steps with Mastodon. The first step is to register. But unlike Twitter, you have to choose a server. Mastodon calls this an instance. There are instances available in several languages with different community rules. Some are open to everybody. Others require an invitation.

Once you have decided which server or instance to register with, you can choose your user name. Here, we find one of the similarities with Twitter. Although there are different servers, all users and messages are available to others.

Once registered in Mastodon, you will receive suggestions of which users to follow. Not too much more can be said. You can start posting whatever you want, search for users and follow them, and more. You will soon see that Mastodon and Twitter are, in practice, similar. Although the first one has certain characteristics that make it more customizable and adaptable to the needs of associations or groups looking for a service they can manage on their own without depending on a proprietary company. 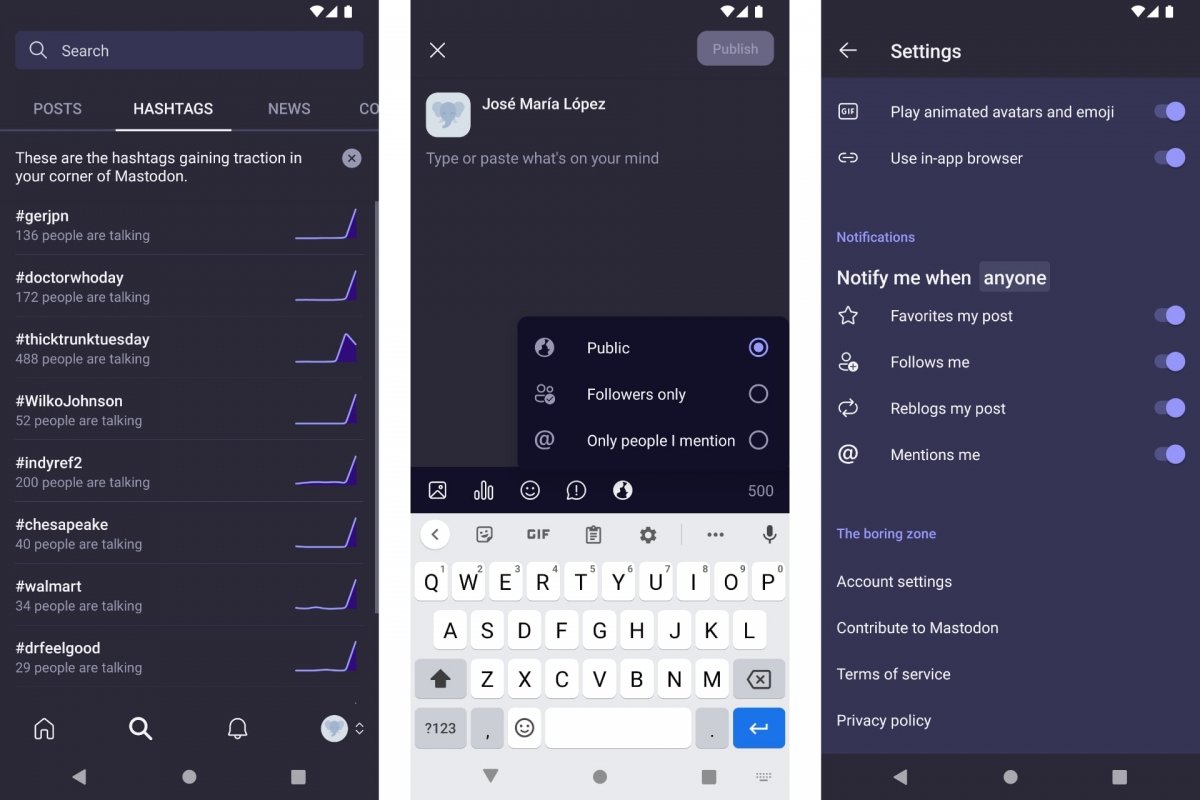 In short, these would be the first steps to follow in Mastodon:

To avoid confusion, let's make a list that resumes the main differences between Twitter and Mastodon. We saw earlier that the two platforms have a lot in common. But the particularities of both mean that the Mastodon experience can be affected. You will find much of what you used to see on Twitter, but some mechanics are different. Over time, you will get used to the changes and become as fluent on Mastodon as you were on Twitter.

These are the 7 main differences between Mastodon and Twitter:

And to make sure you do not get lost, here is a list of Twitter vocabulary equivalents: