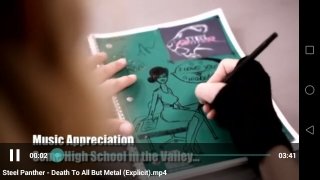 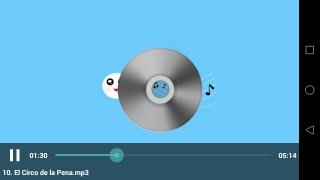 Android incorporates native multimedia players that allow you to watch all the funny videos you receive by WhatsApp or those you can download from YouTube with Tubemate or similar downloaders. However, sometimes it's better to go for alternative applications developed by third parties, such as the legendary VLC Player or KMPlayer. But here's another one called Media Player, a versatile tool to enjoy all your multimedia files.

Considered by its developers as the best multimedia player for Android

Well, we wouldn't dare to back such a statement, but the truth is that it comes along with all sorts of functions to play your videos and music:

A great option to listen to music or watch movies on Android.

If you install this APK, you'll be able to get hold of a tool that will allow you to play with full guarantees all the videos and audios stored on your phone. And despite sharing its name, it has nothing to do with the classic Windows player that's been an important part of the life of any PC user... except if you're a Mac or Linux user of course.

The Android version of the best multimedia player

An excellent media center for Android

Multimedia player for Android that can open any video file