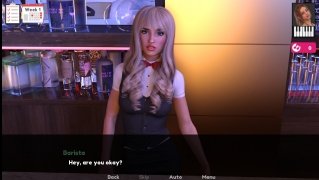 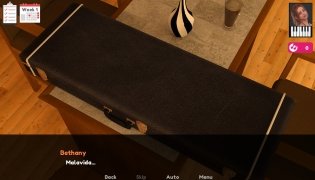 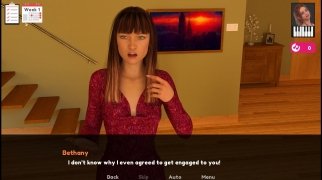 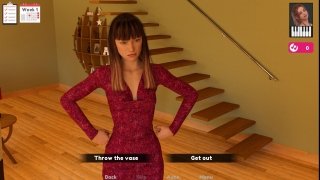 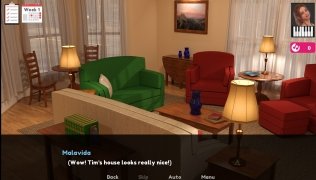 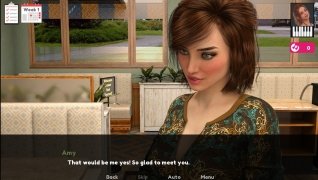 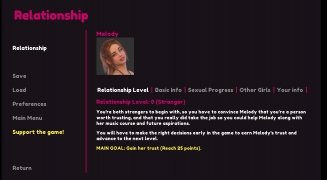 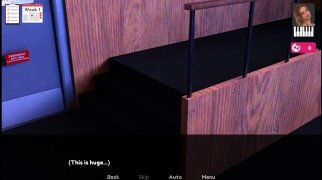 Melody is another adult graphical adventure game in which you get to play the role of a musician who, after breaking up with his partner, is on the street. This leads to him seeking temporary shelter along with his guitar at the home of an old friend, Tim, where he will reunite with Tim's younger sister after three years without seeing her.

Show off your guitar (and other things) to impress the chicks

Have you ever met that typical kind of guy who plays the guitar, usually badly, but makes out he is Jimi Hendrix in order to get laid? Well, that is who you are going to be in this game, the guy that anyone with half a brain wants to smash over the head with his guitar.

Your mission is none other than to try to hook up with all of the women that cross your path who, it must be siad, are pretty keen to hang out with you. So you will have to know how to take the conversations down the roads you want them to go down and to make wise decisions.

With all this your arm is going to end up like that of an olympic athlete who throws stuff around. At Malavida we recommend you alternate between right and left in order to keep development even.

Sean Mitchell
MrDots Games
Over a year ago
This year
1.1 GB